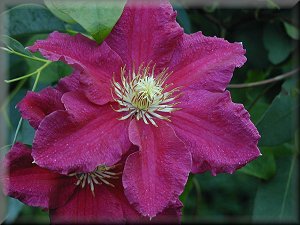 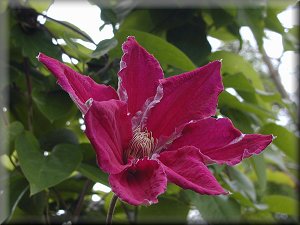 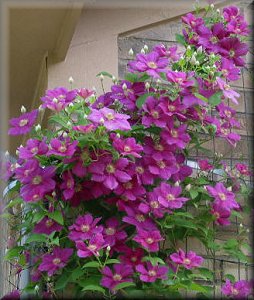 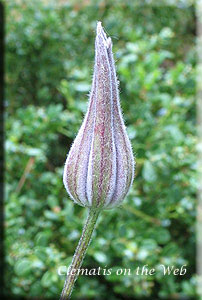 The original plant came from a batch of seeds given to Jackman's nursery in Woking, UK. It was named by Roland Jackman after Ernest Markham, William Robinson's Head Gardener at Gravetye Manor in Sussex. Markham was himself the author of books on clematis. The variety has received the Royal Horticultural Society's Award of Garden Merit.

If pruned as a Group 2 the cultivar gives a few early flowers which are sometimes double. The main crop of flowers is in late summer and for this reason many people treat the form as a Group 3.