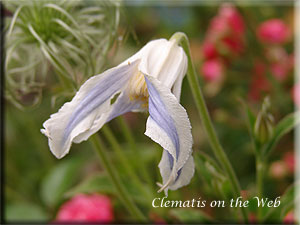 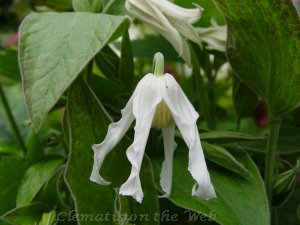 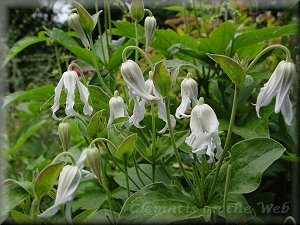 There has been considerable confusion about 'Hakuree' compounded by the International Register listing two cultivars of this name. We are assured that there was only ever this one bred by Hiroshi Hayakawa and that the cultivar supposedly bred by Kazushige Ozawa is a mistake. Maurice Horn, of Joy Creek Nursery in Oregon, US, writes: "I received 'Hakuree' from Mr. Ozawa about 14 years ago [which would be about 1991-RG] and assumed it was one of his hybrids. This error was soon corrected but not before plants had leaked out with his name on them. Thus the Register has the two forms listed and also your [this] site. [...though not any longer!] The plant was originally from Mr. Hayakawa. Mr. Ozawa used it in his cut-flower trade. There is only one 'Hakuree'. "

Flower diameter: 3-4cm
Tepals 4; 4Â5cm long, outside with 3 ribs, ovate-lanceolate, usually twisting, recurved at pointed tip (in some fls recurved from half ay or more), margin wavy to varying degrees