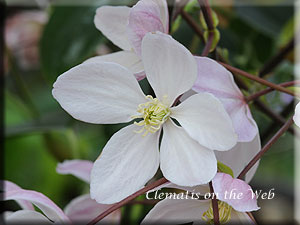 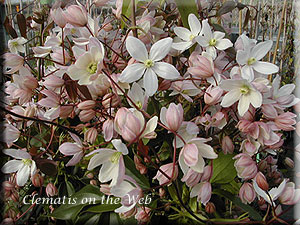 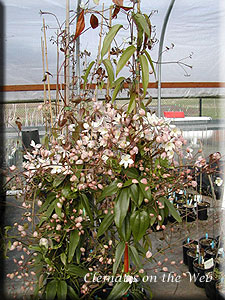 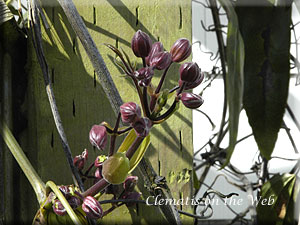 Bud - Photo © 2012 Linda Beutler
White flowers, deep pink on the outside of the tepals.

When E H Wilson was working for the Arnold Arboretum, he brought a number of armandii variants back from China, but the plants were small and weak and he didn't want to risk shipping them to Boston from San Francisco. The plants went to Henderson's Experimental Garden in Clovis, CA, but were never sent on to the Arnold. What became of them, how many there were, and which one was actually 'Rubra' has never been known, but the late Marshall Olbrich of Western Hills Nursery managed to get what he thought was one of these, a bright unfading pink. Brewster Rogerson, who provided this information through Linda Beutler, is not wholly convinced that the plant photographed here is from the original 'Rubra' which he remembers as being a deeper pink.