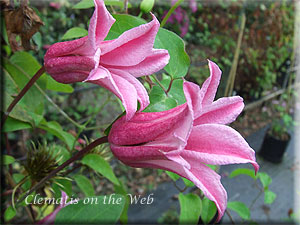 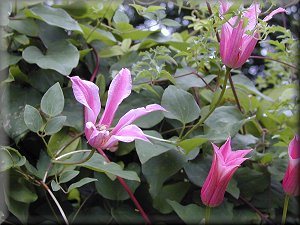 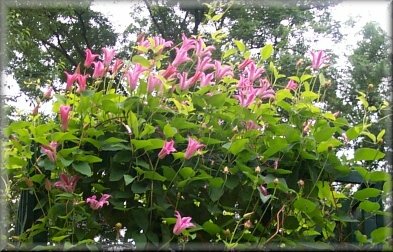 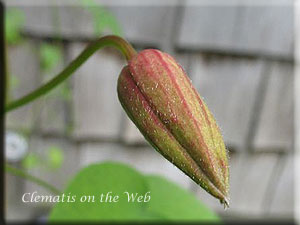 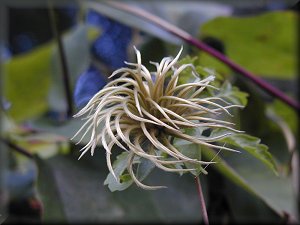 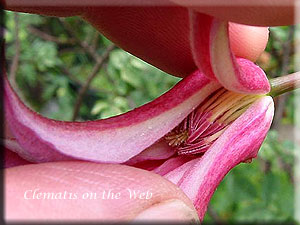 'Duchess of Albany' with pink anthers - Photo © 2007 Timo Lofgren
Small to medium, bell-shaped (often described as tulip-shaped), bright pink flowers with a darker bar. All the literature says that 'Duchess of Albany' has creamy anthers. A thread on the 'Garden Buddies' website in August 2007 started a comparison of flowers world-wide and, in fact, the form widely available today has pink anthers. (See bottom photograph.)

This plant was awarded the Royal Horticultural Society's Award of Merit in 1897 and the Award of Garden Merit in 1993. In 1912, William Robinson in his book 'The Virgin's Bower' lists this cultivar as "trusted to give lovely effects if culture and position be all [it] deserves."