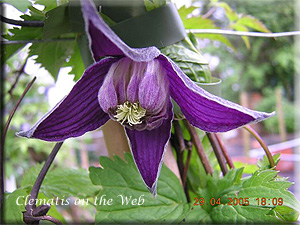 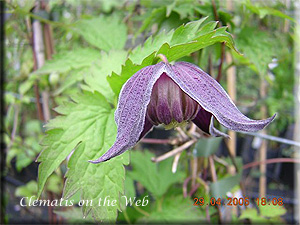 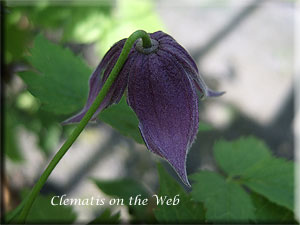 Timo LÃ¶fgren wrote to tell us that "From Jan Lindmark I have heard that this one is the same C. fauriei which Magnus Johnson used in his crossings. Earlier he sold it in smaller amounts as C. fauriei, but some years after his book came out he named it ÂBlue StreamÂ. It has been sold in bigger amounts with this cultivar name from SLU BalsgÃ¥rd, where JohnsonÂs clematis collection is situated.