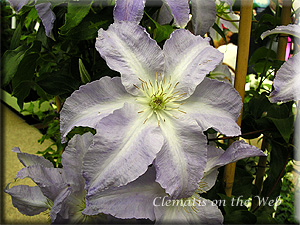 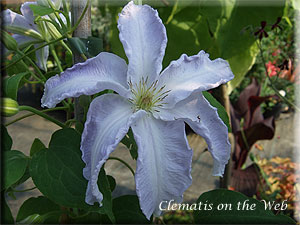 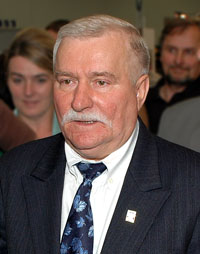 Lech Walesa - Photo © Szczepan Marczynski
Large, light violet flowers. The tepals are darkest at the edges fading to a white bar at the centre. Yellow anthers on white filaments. As the flowers mature, the tepals become somewhat recurved and often slightly twisted. Awarded a gold medal at 'Plantarium 2005'.

Szczepan Marczynski, on his website, writes that the cultivar is "named after Lech Walesa, the first chairman of the Independent Trade Union "Solidarnosc", from 1980 to 1990. In 1983 he was awarded a Nobel Peace Prize. He was also President of Poland in 1990-1995."