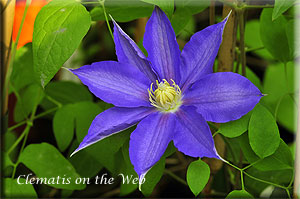 A Japanese form mentioned in a talk by A Kaneko to the International Clematis Society in 2008. A photograph published by the raiser in Clematis International 2009 shows a single (not double) flower. Plants later circulating in Europe under this name are likewise single.