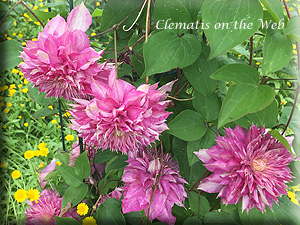 Photo © 2017 Michal Babilas
Medium to large, double flowers. Guard tepals are deep red-pink maturing to clear pink, sometimes flushed white and green. The inner sepals can be sepaloid, sometimes filamentous, and sometimes filamentous in the centre but sepaloid further out, opening yellow green at the centre maturing to pink. Originally to have been named 'Emperor' but this was rejected by the Japanese PBR authorities, the name was changed to the German version 'Kaiser'.

Not to be confused with 'Kaisee' of Makita.