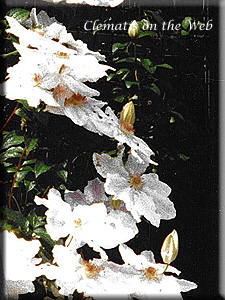 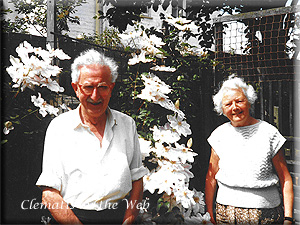 Joan Gray (shown in the second picture with her husband, George) found this plant in the garden of her home at Crosby in about 1987. In 1991 she sent cuttings of the plant to Jim Fisk who bulked it up and introduced it to the market in 1997. Our thanks to Joan Gray's grand-daughter for the photo and information.