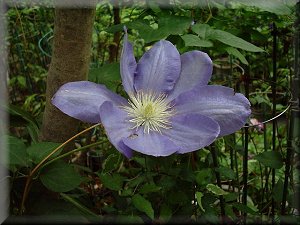 In common with The International Clematis Register and Checklist 2002 we have previously listed two forms called 'Ishibe' - this and one apparently raised by Kioshi Kashimoto. Investigation has revealed that the latter form never existed but arose as the result of some poor research for a Japanese publication which wrongly attributed the raiser. This incorrect information was picked up and repeated in Magnus Johnson's Slaktet Klematis (The Genus Clematis) thereby misleading CotW, the Register and others.